If you have long been interested in the subject of healthy eating and weight loss, then you have certainly heard more than once about something called “ketogenic diet”.

Undoubtedly, in 2018 it gained a lot of publicity and it enjoyed great interest. On the other hand, this diet has also been declared by many the worst diet of the year. Where did such controversy come from? What does this diet consist in and is it safe for us at all?

Ketogenic diet in brief – what is it about?

In a nutshell, the idea of ​​such a diet is to provide the body with a lot of fats and very few carbohydrates. In a full diet, the ratio is 3 or even 4 to 1, so it is extremely high. We realize that to a large number of people this ratio is meaningless, so we are hastening to explain it.

Given the principles of our body’s functioning, the ketogenic diet is absolutely contradictory to them. To operate properly, our body needs a lot of carbohydrates, while fats should constitute only a small percentage of the energy supplied. Many people call this method fasting because although we eat meals, we force the body to work the same way as with a complete lack of access to food.

In a normal situation, the main “fuel” for our body is of course glucose, which is nothing else than sugars. It is obtained from carbohydrates. A certain percentage of it is constantly transmitted to the body’s cells and also stored in the muscles and in the liver. When there are too many carbohydrates, glucose accumulates in our body as fat. Thus begins the problem of weight gain, which affects a huge part of society.

But what if there aren’t enough carbohydrates? Then the body begins to use its energy reserves, obtaining energy from fat. Gradual fat burning takes place. Metabolism switches to working with fat, which results in the production of ketone bodies [2]. Do you understand now where the name of this diet comes from?

Is this diet safe for health?

Unfortunately, this way of eating poses a huge threat to our health and even life. If you plan to use a ketogenic diet, remember that you can do it only under the guidance of a doctor and on his recommendation!

In the vast majority of cases, going on such a diet will simply be bad for your body. There are situations in which such steps should be taken, but we will discuss them in a moment. It is not without reason that the health of people malnourished for an extended period of time deteriorates very quickly. The problem is not only the lack of strength, but also greater susceptibility to diseases, and an increased risk of cancer. The body is weak and at the same time defenseless. Diseases can easily take hold and nothing will block their development.

This is caused by the so-called ketoacidosis [1]. It is a condition following a period of prolonged starvation, and this is how the ketogenic diet ends. The ketone bodies we mentioned earlier have an acid reaction and therefore general body acidification takes place in a short time. Remember that they are distributed throughout our body. Ketoacidosis is extremely dangerous. In a short time, it can lead to a coma, and subsequently even to death. The only solution is to give insulin, but only if it is not done too late. Once again, we warn you against attempting to go on ketogenic diets on your own! This is extremely dangerous.

When is it recommended?

Well, we already know the disadvantages of this diet and we know that it is very dangerous to health and even life. However, we mentioned that in some situations this diet may be recommended by doctors. This applies to people who: 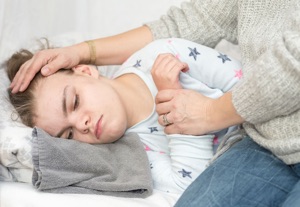 Epilepsy is undoubtedly a disease that in the old days was a real threat. It was often attributed even to Satan, because a man struggling with this problem suffers, among others, from sudden seizures. Even at the beginning of the 20th century it was basically an incurable disease. Then the doctors came to the conclusion that the cause of the problem may lie in toxins accumulating in the intestines.

So, patients began to be starved (they drank only water) and it soon turned out that this practice brought surprisingly good results. The frequency of seizures decreased drastically. On the other hand, arduous fasting destroyed such people’s bodies, sometimes, unfortunately, even leading to death.

However, the symptom relief effect itself prompted the beginning of large-scale research. The method was good but it turned out that the initial assumptions were wrong. It was not the toxins that caused epilepsy, but the ketone bodies that we mentioned earlier eased it. Although to this day it has not been fully studied, the most likely reason for the improvement is the change in metabolism. The body works in a different mode, the characteristics of the transmission of nerve impulses change, so as a result epilepsy becomes less bothersome.

For years, however, the ketogenic diet was abandoned as a treatment method due to epilepsy drugs having appeared on the market. Today, though, we already know that in some cases pharmacology still is not effective. There are people who are resistant to its effects and, therefore, in such cases some began to return to this diet. Increasing the presence of ketone bodies significantly facilitates the treatment of such people, but it must be carried out under the supervision of a specialist doctor.

Researchers also discovered that reducing glucose in the body can slow down the development of cancer [3], thereby facilitating its treatment. Some tumors, especially those located in the brain, need huge amounts of glucose to grow. The process of growing cancer cells progresses so quickly that the “tools” capable of using energy from fat burning, i.e. ketone bodies, do not develop.

To significantly reduce the development of such cancerous cells, you can simply cut them off from the constant supply of glucose – through a ketogenic diet. The tumor develops more slowly and the patient’s body does not overexert itself, which means that classic oncological treatment can be used at the same time.

Is it worth using such a diet?

If your goal is simply to lose extra kilograms, we strongly advise against taking such extreme steps. A ketogenic diet, as you see, can be an invaluable method of treatment, especially for people fighting cancer. However, these are extreme cases in which the body “exerts itself” for a good reason. Losing weight is not worth it. During therapy with a ketogenic diet, doctors constantly monitor the patient’s health. If there are any negative symptoms, the therapy is paused or the body is supplied the missing components. So, don’t do it on your own.